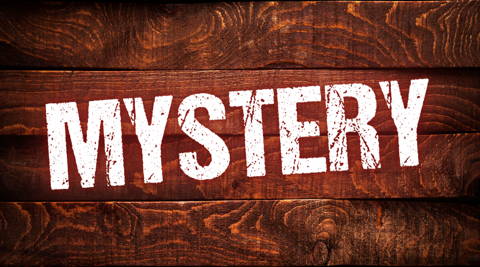 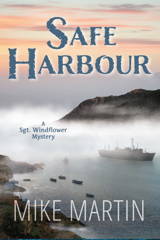 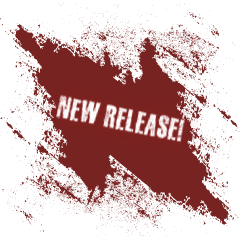 Windflower looked across the lake. Well, he would have if he could have seen anything through the thick blanket of fog that had been sitting on Quidi Vidi Lake for the past seven days. One whole week, he thought. Every day since they had arrived in the port city of St. John’s, it had been the same. Windflower knew the lake was out there because he remembered running around it as his daily exercise when he was temporarily stationed here a few years back.

Sheila Hillier, his wife, knew the lake was out there as well.She’d spent a couple of months doing rehab at the nearby MillerCentre when she was recovering from a serious car accident. If there wasn’t any fog, she could look out her window in May and see the rowers getting their practice in as part of their training for the Royal St. John’s Regatta, an annual event that took place down there in August.

But it was a long way from spring as Windflower gazed out his window at the typical scenery for a January morning. He was the first one up, except for Lady, his collie, and Molly, the cat who never seemed to sleep anyway. She would close her eyes sometimes, butWindflower had never come into a room with her in it when she wasn’t awake and watching him. Windflower liked this time of day when his two children got up. They were Amelia Louise, his soon to-be two-year-old daughter, and his almost-daughter, Stella, who he and Sheila were fostering.

He liked this house on Forest Road, too. It wasn’t similar to his and Sheila’s in Grand Bank on the southeast coast of Newfoundland, but for a rental it suited them perfectly. It had four bedrooms, two and a half baths and a large backyard for the kids to play in and, if the weather held, for Windflower to barbeque. But the likelihood of the weather staying just simply foggy and damp was not good.There was snow in the forecast and more snow coming after that.

Windflower had been in snowstorms in St. John’s before. It was hard to miss one if you travelled here regularly in the fall, winter or spring. And they didn’t come with a few flakes or a few inches of accumulation. No, snowstorms here often meant feet of snow, sometimes in the double digits, and he had come out some mornings to look for his car, only to find it buried under a virtual mountain of snow. The worst storms came in double or even triple waves. That’s when a storm system would blow through and dump one load of snow and then drift out to the nearby Atlantic Ocean.Unfortunately for the good people of St. John’s, it would blow back in and repeat the damage—sometimes more than once.

Windflower grabbed his anorak and hat and took Lady out to the backyard. He also brought his smudging kit. Inside were small packets of his four sacred medicines: cedar, sage, sweetgrass and tobacco. There was also an abalone shell, a small box of wooden matches and an eagle feather fan that had been gifted to him by his grandfather many years ago.

He placed small amounts of each medicine in his abalone shell and lit them with a wooden match. Smudging was a way to cleanse his body, mind and spirit, and how he smudged was to use a fan or the feather to pass the smoke from the burning herbs over his head and body. He even sent the smoke under his feet.

He had been taught to pass the smoke over his head to give him clear thoughts and wisdom, over his heart to keep it pure and lead him to wisdom, and under his feet to let him walk a straightforward path in his daily life. He would also allow the smoke to linger around him as long as he could to remember that he was not alone in the world. Then, when he was finished, he would lay the ashes on bare ground so that all negative thoughts and feelings would be absorbed by Mother Earth. Lastly, he would pray. Today his prayers were all about gratitude.

This was a good morning to be grateful, thought Windflower.Amelia Louise was a happy, healthy child. Sheila was happy to be back in school full-time as she pursued her dreams of an MBA. And little Stella, their four-and-a-half-year-old who’d been through a lot in her life, including the recent loss of her mother, was starting to settle into their household. Windflower himself had just started a new assignment as public outreach coordinator with the regionalRoyal Canadian Mounted Police office in St. John’s.

Sergeant Winston Windflower had been a Mountie for all his working life. After training in Regina, he was posted to BritishColumbia for two years on highway patrol and another couple of years in Halifax before arriving to the province nine years ago fora posting in Grand Bank. Wow, he thought. That was a long time.Most of his career had been spent in the field and on the ground, so he was a bit apprehensive about this job in St. John’s. It was only for a year, but it was his first desk job. He wondered if he’d becomes stir-crazy sitting in the office so much. But that was something else he could pray about.

His last prayer was for himself. He didn’t pray for patience. His uncle told him never to pray for patience because Creator would only send more opportunities to practice it. Instead, he prayed for calmness and guidance, and for the wisdom and courage to ask for help. That was something he wasn’t very good at, and something he surely needed.

His prayers and rituals complete, he and Lady went back inside to start the rest of their day. Things happened quickly in his house once everyone was up in the morning. Windflower put on the coffee to get himself ready. Soon, he could hear Amelia Louise calling out and Sheila moving to get her. He went upstairs and saw that Stella was also awake but shy and uncertain about what to do.

Windflower went through her clothes for the day with her.Stella was going to school for the first time, junior kindergarten, and Windflower could tell she was both excited and afraid. He andSheila had talked to her about it again last night to try to reassure her, and this morning Stella was trying to put on her brave little girl face. But she started to cry as Windflower was leaving, so he went back and held her. Once she stopped crying, he left her to get dressed and went downstairs.

It was Sheila’s first day back at school, and she was looking a little anxious too. Windflower went to her and gave her a hug.

“I guess it’s a big day for everybody,” said Sheila. “New job for you, Stella and I both going to school and Amelia Louise to daycare. Are we out of our minds?”

Windflower laughed. “It will be different, but once we all get our routines down, it’ll be fine,” he said. He poured both of them a cup of coffee. “I’ll make some oatmeal if you check on Stella. She looked like she might be having second thoughts about this school thing.”

“Like the rest of us,” said Sheila. “I’ll leave Amelia Louise to help you.”

That was one way to describe Amelia Louise’s activities whileWindflower got breakfast ready. From teasing the cat, to trying to pull Lady’s tail off, to upsetting Sheila’s craft basket in the living room, Amelia Louise kept her father busy and alert. But somehow he managed to slice up some fruit and get everyone a bowl of oatmeal with nuts and maple syrup. An even bigger miracle was getting everyone out the door on time.

Windflower helped Sheila put Amelia Louise in the car so she could drop her off at daycare first and then take Stella to her kindergarten class. She would go into Memorial University late for her first morning class. He was fine. He could take his time and walk over to the RCMP offices across the lake, the one he couldn’t see for the fog. He cleaned up, got the pets all organized and started his first morning walk to work.

We hope you enjoyed this sneak peek of